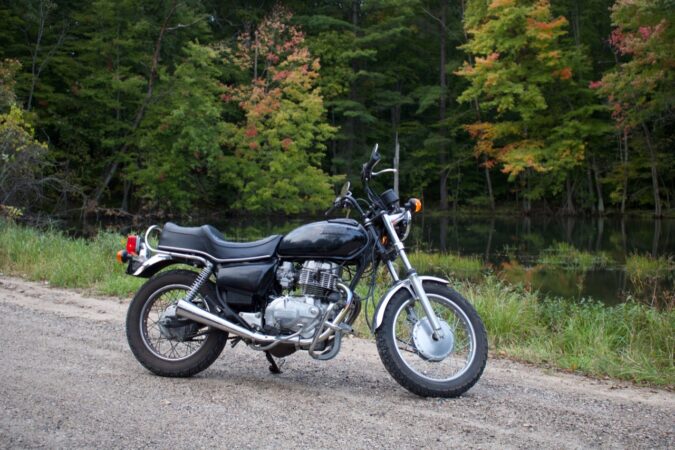 Black Honda Motorcycle in the woods in the middle of the night. “When you’re on a bike, you’re always thinking about the next move,” he says. “The way I think about it is, ‘What’s next? What’s next?’ ” He says the bike is a work in progress, but it is his passion. “I’m trying to get better at it,” he says. “I’m not trying to be a stunt rider or a bike mechanic or anything like that. I’m just trying to do what I love.” On the weekends, he gets to ride his bike, but he says it is a “very slow” ride. “I’m going to be doing a lot of riding out here.” he says. Lloyd says he is a big fan of the state of California.